Rick Nash and a return to something old 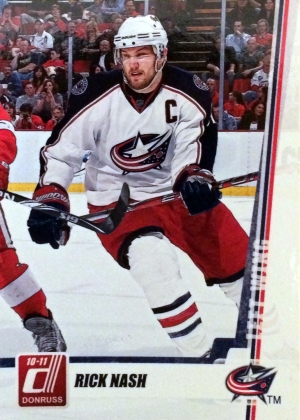 Yesterday afternoon, I went flipping through the channels in that first bit of post-Olympics viewing and landed on the Red Sox and Orioles in Spring Training. I know that happened because my primary memory of this was in seeing the Orioles’ hats with a full-bodied cartoon bird swinging a bat, which was cool. That cartoon bird is hard to mess up, and with the mostly leisurely and whimsical nature of Spring Training, that kind of graphic works nicely on a hat.

The other thing I remember is that the Red Sox apparently have three different guys wearing no. 18 in camp, which pretty much sums up where the two guys not named Mitch Moreland stand on the odds table to make the team.

But that’s about it. The game was on, but I was mostly waiting for the Boston Bruins’ pregame to start, since they’d swung a trade for the New York Rangers’ Rick Nash earlier that morning. It cost them two draft picks, Ryan Spooner, Matt Beleskey’s exiled contract and a college prospect, but they got it done and added a big, rough-and-tumble goal scorer to David Krejci’s line. It’s not the Ryan McDonagh trade I wanted them to swing with New York, but it’s pretty good. END_OF_DOCUMENT_TOKEN_TO_BE_REPLACED 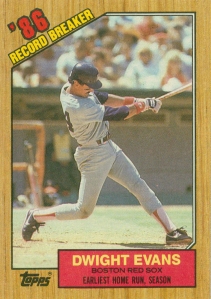 Sizemore was good, but he didn’t quite match Evans’ Opening Day record.

At this point in the season, it may finally be safe to assume that all Opening Days, save for the home openers of individual teams that may not have happened yet, are finally in the books. Overseas, Sunday nights, the real thing Monday, the Yankees and Astros finally playing a game on Tuesday, and then teams even getting in a second and sometimes third or fourth game as of yesterday. Baseball is back, officially back, standings count, statistics are being accumulated, and so on.

Focusing squarely on the Monday Opening Day, when most teams played their first game and played most of them in the day, there was no shortage of highlights amid the excitement. Neil Walker hit a walk-off home run in the bottom of the 10th inning to give the Pirates a win over the Cubs. Old friend Alex Gonzalez gave his new team, the Tigers, a game-winning hit against the Royals. The Mets game was delayed when they didn’t have a first baseman on the field, so they’re already in mid-season form.

And here, Grady Sizemore, playing in his first Major League game since 2011, hit a home run in what became a 2-1 loss in Baltimore against the Orioles. Where Opening Day is a time to quickly survey the rest of the league, most of Spring Training was focused on the Red Sox, and Sizemore’s phoenix-like comeback had been the focus. Seeing him already playing well in his first real action seemed like a good harbinger for the upcoming season. END_OF_DOCUMENT_TOKEN_TO_BE_REPLACED

The unbearable reality of an endless winter 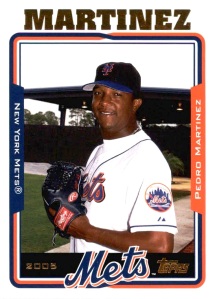 Check out the guy to the left over there. He’s in a good mood, he’s concentrating, it’s sunny and there may or may not be a palm tree visible behind him. It could also be a light tower. It’s hard to tell.

And why shouldn’t he be in a good mood? It’s practically baseball season. At this point in the career of the player in question (it’s Pedro Martinez, for the record), he had just won the World Series, he was zooming in on his first season as a New York Met, and the horrifying reality of all that would entail hadn’t quite sunk in yet, so for now, life was still pretty great.

Likewise, baseball fans are at their most optimistic in March. The winter is finally behind them, and the thought of sunny skies and green fields and afternoons sitting in the bleachers with a beer and watching nine innings are so close as to be taunting. Everyone, even the most ardent fans of perennial cellar-dwellers can envision wreaking havoc against all odds in June and July, trading for Ervin Santana and making a run in October. END_OF_DOCUMENT_TOKEN_TO_BE_REPLACED

The fire rises from Baltimore

As of this morning, the Orioles are once again in first place with the Yankees, and New York seems to have its hands full with a Boston squad that has, to say the least, not been a threat for most of the year.

So as not to miss the point, the A’s also have a better record than anyone in the East and the Rays are breathing down the Yankees necks, too. But it’s the Orioles that seem to be applying the most direct grief onto New York, and to say that I’m not enjoying that would be the understatement of 2012. 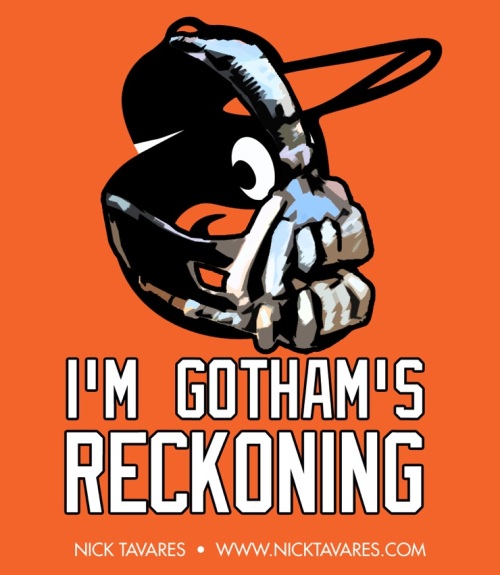 Maybe this season won’t be so bad after all. 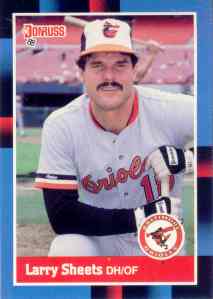 There’s little that makes me as happy in the offseason as when a team corrects a graphic wrong.

Usually it’s subtle: the Brewers bringing back the ball-in-glove logo for special occasions, the Twins going retro for select home games, the Red Sox turning blue on the road, and so on.

But the Baltimore Orioles have topped every logo move in recent memory. Today, the club announced they’re bringing back the smiling cartoon bird and the white front-panel cap, and made the baseball world a better place.

The Orioles have not had much to cheer for since 1997. They’ve rotated through managers, mediocre pitchers and the bottom spots of the AL East for much of that time, perpetually sitting no fewer than five years away from contention. Every good hitter seems negated by a bad one, every top run wiped out by a seven-game losing streak. END_OF_DOCUMENT_TOKEN_TO_BE_REPLACED